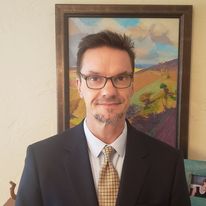 After 15 months on the job as the County Administrator in Cook County, James Joerke says that there are two major issues the county faces, and they are inextricably entwined.

Both issues are creating a drag on hiring, the third issue facing the county. To attract new residents to fill existing job openings requires the community to have access to housing and child care for those workers and their families.

“We’re going to need a range of housing options. Workforce housing. Housing for young and growing families. Housing for seniors and the disabled,” said Joerke.

“When you look at a map for areas of the country affected least by climate change, northeast Minnesota is very attractive,” said Joerke. Add in the benefits of great broadband, our environment, and the high quality of life, Cook County is seeing an increase in the numbers of climate refugees, further complicating the housing issue.

To begin addressing the housing issue, The county’s Board of Commissioners formed a Housing and Redevelopment Authority (HRA) last summer. They sought applications from residents who were willing to serve as members of the HRA board. Sixteen people applied and five were selected by the Commissioners to form the initial board. The five, along with the county board liaison, met in November to organize and set an agenda for the next several months. First on the agenda is recruiting and hiring an Executive Director.

Mary Somnis was elected to Chair the HRA. Bill Gabler of Lutsen was named Vice-Chair. Chris Obrien is the Secretary and Chris Skildum and Lawrence Doe round out the board. Commissioner Stacy Hawkins is the Board liaison and Commissioner Ann Sullivan is the alternate.

Joerke said the 16 board applications were from a diverse group of talented people. Younger folks that live and work in the county and want to raise families. Older people with varied experience in business and public affairs. He is counting on them and many more from the community as the HRA moves to its next step with a new Director, a major planning effort. Expect significant public input into the plan.

The county advertised the position of Executive Director of the HRA and has received 11 applications. The deadline to apply was Friday, January 21. The applicants are a mix of local people and out-of-town folks according to Joerke.

The HRA Board, assisted by Beth Drost, Director of the Cook County Economic Development Authority (EDA) will review and score the applications for consideration. Joerke said the field will likely be reduced to three to five finalists who will then face public interviews with the County Commission. He hopes to have an Executive Director hired and in place by April 1.

Once the Executive Director position is filled, the HRA will begin developing a comprehensive plan with significant public input. “A plan works best when it is based on the input of a lot of people,” Joerke said.

The 2020 Census shows the population of Cook County is 5,600 people (demographics are not available as of yet). The county has been planning since 2017 with figures that projected the population to be 5,440 people--by 2040. Growth has far exceeded expectations, challenging the county and the HRA even more.

The child care issue is even more disturbing. Joerke points out that to attract permanent employees to fill the positions currently open in healthcare, education, government, and local businesses there must be available child care.

“Right now there are 66 childcare slots here in Cook County,” Joerke said. “And we need to have to care for more than 220 kids.” With almost three out of four kids needing care, the county is assisting a local childcare coalition working to address this critical need.

The county has seen attrition across all job sectors according to Joerke. “Turnover in employees is very high.”

The current worker shortage situation among all employers and sectors is made worse when an employer hires a local person for a job who was employed elsewhere in the county. Now the previous employer has a vacancy to fill so there is no net increase in employment. The only logical way to address that issue is to make it easier to attract new workers from outside the County. This brings it all back to housing and childcare.

Joerke is optimistic about the future here. A Kansas City Chiefs fan (optimism required), and despite the Covid pandemic, he saw Cook County as a unique and challenging place to fulfill his goal of becoming a County Administrator in 2020. He knows firsthand the challenge of moving here to take a job, find housing, and get involved in a new community. He says this Board that he serves is super important, and that they work very well together. “They make my job a whole lot easier,” he said.
Cook County Government Northshore Journal