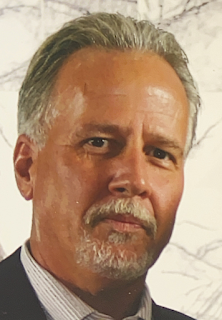 Our second youngest grandchild, Chloe, has turned 16 and is learning to drive. With learner permit in hand she has been driving the byways of suburban Las Vegas with a licensed adult, Mom or Dad.

A feisty young lady, Chloe wants to be licensed to drive when they move to Minnesota this summer so she can drive herself to school and work during her senior year of high school. (For those who don’t know, our daughter Jess and her kids visited Grand Marais last summer, for the first time in ages, and decided Minnesota was where they wanted to live. Jess and Matt have found employment in Duluth and are close to a deal on a house in Carlton after mucking about in the crazy real estate market around the Zenith City.

The other day, Matt was on a driving excursion with Chloe behind the wheel. Not known for his limitless patience, Matt was commenting on her driving--hoping she’d learn the “right way” to do things like signaling turns, handling round-abouts, and stopping for the red signs that say STOP.

Apparently frustrated, when Chloe stopped at an intersection, Matt wanted her to change places with him. He opened his door and said, “Get out of the car.” As he moved to get to the drivers side, Chloe just drove off, leaving her dad sputtering and stewing on the road.

Many of us would be tempted to do the same thing in Chloe’s shoes, but I expect we’d stop across the intersection to let our sputtering and stewing parent back in the car. Not Chloe. She drove home.

Fortunately Matt had his mobile phone and called Jess to be picked up as he began the long walk home.

Having taught three teenage girls to drive myself, I could relate to the sputtering and stewing. Chloe’s mom was especially challenging.

When she had her permit I let her drive me to the Bloomington municipal building, I think to buy license tabs for Becky’s all white Chrysler LeBaron convertible--her pride and joy. All went well to drive the couple miles, but parking in front of the building Jess went a bit too far, bumping hard against the brick wall while driving that same all white LeBaron. I’m sure I handled the situation with my usual decorum, loudly proclaiming that her mother was going to kill her.

Our three girls shared a well used Oldsmobile Cutlass when they lived at home. This was Becky’s previous pride and joy. A four door sedan, it could not be a convertible, so Becky had the dealer install what was known as a “mock convertible top.” A canvas contraption in a complementary color that looked like a convertible top. It was fastened with adhesive and trim. The car had seen better days. The top was starting to separate from the roof.

When it was driven on the freeway, the wind worked its magic and the canvas ballooned and flapped. When the girls drove, they had the stereo at a decibel level that made the flapping disappear.

One day, as Jess drove home on I-494 from work at the Mall of America, the top finally peeled off and blew away. At least that seems like what happened because she didn’t know it had happened. Thankfully it didn’t cause an accident, but I’m sure other drivers were a bit alarmed.

When Jess was in college at Bemidji, she borrowed my truck, my pride and joy, to bring her things back to Grand Marais. Since my kids all like to do nice things for others, Jess thought that having the truck washed before giving it back to me would be nice. She found a coin operated car wash and began to get the truck in place. Unaware it seems that the truck, bigger than the beat up Cutlass, needed extra care when getting into the wash. She creased it against the heavy coin machine, leaving a large cut in the driver side fender and door and removing the side mirror. I recall sputtering and stewing over that one.

Despite it all, there are significant benefits to having teens be able to drive themselves that outweigh all the sputtering and stewing that results. Here’s hoping Chloe will drive up 61 to see her grandparents.