A Book for Newcomers to the North Shore 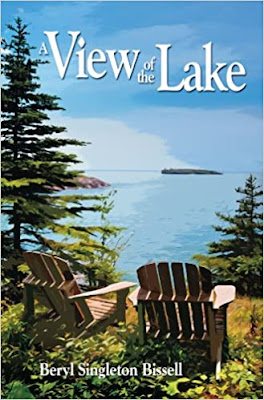 If last summer is a good indicator, more and more people will be moving to their little spot of heaven on the Scandinavian Riviera of Lake Superior. Beryl Singleton Bissell’s wonderful book of essays, “A View of the Lake,” is a must read for them, and for anyone looking to understand life on the North Shore.

Bissell and her husband Bill moved to the shore line town of Schroeder, MN in August of 1998. She writes, “Bill and I were not like other couples who travel to the North Shore at every opportunity and who dream, year after year, of someday owning a home there.” In fact, their decision arose on impulse after Bissell completed two weeks of a writing retreat in Lutsen where Bill proposed marriage. Bissell writes, “I responded by saying I would marry him ONLY if we moved to the North Shore.”

The essays she presents here are a true representation of all of the feelings newcomers have when they move to this vast and rural landscape that is inhospitable in the worst of times and glorious the rest. They are a true portrait of the people and places we call home on the North Shore.

As Bissell settled into life on the Shore, she read an editorial in the local weekly newspaper, the Cook County News Herald, about the significant number of people who moved to the North Shore to fulfill a dream, but left within a few years--disillusioned perhaps.

Inspired, she suggested the paper carry a new weekly column, “Newcomer Notes,” that she agreed to pen. For more than a decade, readers of the News Herald followed Bissell’s transformation from newcomer to almost a local, which is the best a non-local in Cook County could hope for.

You’ll read about the intractable fly problem, black fly and others, that all homes on the Shore contend with. And the story of Bissell’s first night in her new home, and the visit of a bear, will leave you smiling.

Essays about star gazing in the dark sky country, to North Shore neighborliness will inspire the newcomer to persevere, through the seasons. Does the big lake freeze? You’ll find the answer here.

Bissell is also the author of “The Scent of God,” a memoir of her passage from a cloistered monastery in a New Jersey convent to Puerto Rico to care for her ailing father and find a loving marriage with a former priest, Padre Vittorio.