By Steve Fernlund May 21, 2022
The General Election is scheduled for Tuesday, November 8th, and the ballots will be full. In addition to voting for Governor, Lt. Governor, and the rest of the statewide offices, there will be candidates for the US House, state representative, and state senator. Due to redistricting, all five County Commission seats will be on the ballot in addition to the County Attorney, Auditor-Treasurer, Recorder, and Sheriff. Other local positions will also be on the ballot. 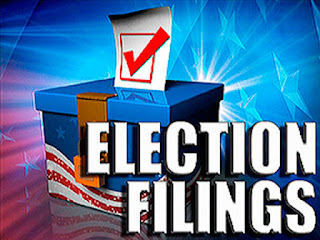 If more than two candidates file for election to a specific position, a primary election will be held on August 9, 2022.

If you have ever thought about running for public office, and want to give it a go this year, you need to visit the County Auditor’s office in Grand Marais before 5:00 p.m. on Tuesday, May 31, 2022, to pay your filing fee and complete your filing. County offices open at 8:00 a.m. Monday through Friday but they will be closed Monday, May 30th in observance of Memorial Day.

You cannot, under state law, run for more than one position during an election cycle. If you currently serve in an elected position, you may hold your current position while running for another regardless of the term. You would need to resign one or the other after election day.

If you file for office this month and later decide you don’t want to proceed, then you may withdraw your candidacy prior to Thursday, June 2, at 5:00 p.m.
Cook County Government elections voting