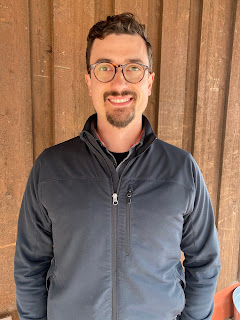 Jason Hale has assumed the Executive Director position in the recently formed Cook County Housing and Redevelopment Authority. Most recently, Hale worked for almost seven years at the City of Duluth. He worked in business and economic development efforts, ending with the position of Senior Housing Developer, a newly created position that he held for three years.

A native of Owatonna, MN, a small city in southern Minnesota that he says is a great place to grow up, Hale ended up completing his bachelor degree at the University of Minnesota Duluth and he has been in the Arrowhead for more than a decade. Hale received his Master Degree in Management and Change Leadership in 2016 from The College of St. Scholastica in Duluth. He has been a registered investment advisor and is a licensed Real Estate Broker and Appraiser. He worked for a year with the St. Louis County Assessor's Office as an appraiser in 2014.

Hale was one of two finalists for the Cook County position and began his tenure this month. He says he has a number of ideas to consider for dealing with the housing shortage in Cook County. He is familiarizing himself with the Year One Work Plan that the HRA Board of Directors has recently completed. The eight page document is long on values and short on specifics but lays out a framework to reach an important goal, “Affordable, safe, and livable housing is a cornerstone of personal, family, and community stability.”

With his experience in Duluth, Hale expects to be replicating and adapting plans that worked there. He is visiting people all over the county to get a feel for what the actual housing needs are.

Hale and his wife Kristen currently live in Finland, MN, up Highway 1 from the shore. They originally bought a house there that they rehabilitated and sold in April of last year to get their current house. They plan to move closer to Grand Marais in the near future.

With experience of remote working during the pandemic of the last two years, Hale is set up to be working from his first day on the job.
Cook County Government North Shore Journal