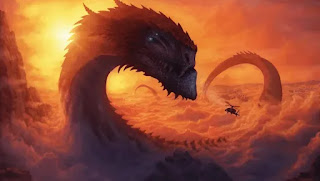 Despite my firm belief that large corporations are soul-killing leviathans, I am a committed capitalist. I believe that ownership of capital in the form of homes, other hard assets, and the business that employs you, is the best way to ensure a prosperous and more equitable society.

I started to write this column about the trials and tribulations of small business ownership, startups, and closures. So call this a Capital Diversion.

Small business ownership is the best way to hold capital in the business that employs you, but it is certainly not the only way. More on that later.

Owning a home is a solid way to build capital (wealth). According to the online real estate service Zillow, single-family home prices in Minnesota have increased 96% over the last ten years. A great increase if you owned before 2012, not so great if you’re buying your first house today.

The Federal Reserve studies stuff like this, and they report that their index of home sales and appraisals in Minnesota increased 71% over the same period. Either way, if you factor in the leverage of mortgaging a percentage of your home’s value, the rate of return on your capital is quite high.

Homeownership is important in other ways. I’m fond of saying that renters don’t plant trees. A broad generalization, I admit, but it means to convey that homeownership brings people into a deeper commitment to their community. Something the Cook County Housing and Redevelopment Authority should have at the forefront of its mission.

Financial advisors (salespeople) will tell you to expect a return of 5% to 8% annually in your 401-k plan. The S&P 500 index saw about an 8% annual increase over the past twenty years. But these assets, while a vital leg of your capital stool, are nothing more than speculative gambling in the casinos of public markets. Real estate is risky as well, but you can live in it.

In the late 1980s, I heard a statistic that I found frightening. The concentration of wealth (capital) in the USA was sharper than it had been in pre-revolutionary Russia in 2016. That didn’t turn out too well for the TSAR and his people. At the time, I was researching Employee Stock Ownership Plans (ESOP) for our business, and this statistic was quoted by noted economist Louis Kelso, who created the legal format for ESOP in 1956. He made so much sense that I was driven to get our business owned by a trust set up to own stock benefitting our employees. (I’d call them team members, or associates, but the English language is already too messed up.)

With the trust established in 1990, we converted the capital owned by the founder of the firm into cash for him and stock for the ESOP. By 1995 the ESOP had bought the stock of all other stockholders and the company was 100% employee-owned. Ten years later those hard-working folks sold their company to a larger firm, and the large capital increase realized was theirs.

On to small business ownership. One in five new businesses will not survive its first year of operations. Half will be gone in five years. These statistics are usually cited as business failures, but businesses close for lots of reasons. More, for another column.
Northshore Journal