The Best Meetings are as Rare as Rocking Horse Poo

No nice way to say this. I hate meetings. 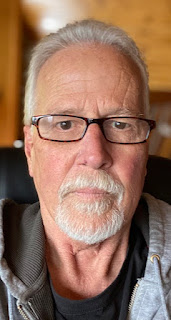 Thinking about what I could write for this fine Journal about goings on in Cook County, I spent some time on the county website. First, I was reviewing the blurb for each of the five commissioners to see who will have to decide about running for re-election this year. Turns out that due to redistricting, each of the seats will be on the ballot. We political hacks call that a gold mine for organizing and getting out the vote.

Each of the blurbs list the various committees and other organizations, including those outside the county, each commissioner claims. I won’t say that none of them are valid, but depending on the commissioner, they list from 29 to 44 groups. I bet you thought the scheduled public meetings of the Board would be burden enough on the average person's schedule. Knowing that each of these involves at least one meeting a quarter, I got to stewing again about the uselessness of meetings.

As a business person and citizen, I’ve attended and/or chaired hundreds, if not thousands of meetings. Meetings are at their best when a truth is told, a new idea is aired, and an action comes out of it that is followed up on effectively. Those best meetings are as rare as rocking horse poo.

Most meetings I’ve attended, from elementary school PTA (yes, I was a PTA President) to public meetings of elected bodies, involve little more than flapping lips and fragile egos.

That’s why most folks are reluctant to serve, especially as volunteers, on the commissions, committees and nonprofit boards that so desperately need new, and true, citizen engagement.

Some of you may know that I had a fairly long career in the freight transportation industry. Freight moves by truck, train, ship, airplane, and even donkey cart. So at a trucking company, there are people who know more about fifth wheels and kingpins than the average RVer. They focus on reliability and fuel economy and everything in between. There are also people at a trucking company that focus on the logistics of moving freight. Finding freight hauling agreements, scheduling pick ups and deliveries, pricing services, and providing customer support. These aren’t the same people.

Ten short years ago I accepted employment with a decent sized trucking company as its Director of Logistics. My staff worked to maximize the fleet’s capacity, with outside companies for additional capacity, and with railroads. All designed to move freight. We were a staff of freight people, not truck people.

As the senior logistics person, I attended a weekly staff meeting of about a dozen management folks where we reported our results against metrics. The metrics were created by all of us in quarterly, two day strategy meetings led by an outside consultant who was a truck person, not a freight person. The results were kept in spreadsheets that we all saw in real time. We didn’t need a meeting to present them.

Still, the big guy--which is what we called the boss--sat at the head of the table and spent more time in these meetings talking about politics and planes than the business of moving freight. A meeting that ought to have been less than a quarter hour was 60 minutes or more.

The thought of attending meetings now makes my stomach clench. Not many meeting leaders know Robert’s Rules, nor do they seem to care to keep to an agenda and restrain the verbose and abusive..

The challenges Cook County faces in the housing shortage, labor shortage, and protecting the environment could be MEETINGED (sic) to a bloody pulp. In fact, they have been for at least three decades.

More meetings, committees, commissions, and nonprofits are not the answer.

Elections are this year. Organize and vote. And if you want to attend a bunch of meetings, run for office.

“If you had to identify, in one word, the reason why the human race has not achieved, and never will achieve, its full potential, that word would be 'meetings.”