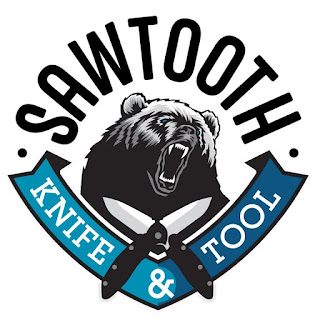 Sawtooth Knife and Tool recently opened shop in Grand Marais at 101 West Highway 61. Specializing in knives of all kinds along with axes and saws, Sawtooth is the only knife shop on the North Shore. “The midwest has few knife shops,” says owner Guy Mattson who saw a market for his new business.

Mattson is a practicing attorney with Heartland Injury Law. The firm has a Grand Marais office and an office in St. Paul. He located Sawtooth Knife and Tool adjacent to his Grand Marais office. The store carries a variety of fixed blade and folding knives, saws, hatchets, and axes from some leading manufacturers. Mostly American-made although he does carry a line of hand saws made in Japan that he says will cut through a tree almost as well as a chain saw.

Mattson is married with three children, ages “almost 9,” 12, and 14. The family moved to Grand Marais in the fall of 2020 seeking slower, small-town living and a friendly school system for the kids. They had contemplated the move for several years and when they found the right house in the early days of the pandemic, they made the move.

Mattson says that his growing fascination with outdoor knives over the last five or six years led to his decision to open the shop. “Knives are an art form and our oldest tools,” he said. His inventory is curated from his experience with his hobby and he always seeks good value in the tools he carries. The shop also includes a selection of books on knives and knife making and other Minnesota-made gift items.

“A knife is a tool,” he says. His knives come in numerous designs, and price points and they are a great gift idea. “They aren’t scary and they come in handy all the time,” he says.

He has received inquiries for knife sharpening but he does not have that service available currently.

The store has a presence on Facebook and at www.sawtoothknife.com and has an online sales presence on Instagram. The store is open on Fridays and Saturdays from 10 am to 5 pm. Mattson says that he can make it available at other times if an appointment is made.