The Long Way Home Through Rejection 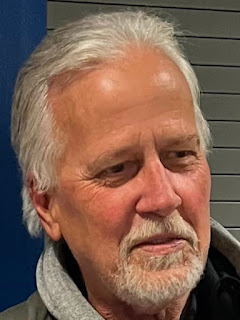 Rejection can be funny if you let it.

When you’re my age, you have experienced more rejection than you ever thought possible in the glory years of vigor, youth, and absolute certainty.

Like anyone who has ever submitted their writings (scribblings, nonsense, etc.) to a publication, I recently had an editor reject something I’d written. This rejection would have killed me 30 years ago, but his was so nice--and funnier than he knew--that it triggered my column here.

He wrote, “Fun piece (especially when I read in the voice of Andy Rooney) but I”m going to pass on this. It’s a touch too local for us.”

I’m guilty of being a curmudgeon, but I’ll never rise to the level of the brilliant Andy Rooney who spent 33 years ending each episode of CBS’s 60 Minutes with "A Few Minutes with Andy Rooney.”

But the 60 Minutes reference returned a funny memory from my days publishing a weekly community newspaper. Our Arts writer was a freelancer who didn’t see me that often. One day, after yours truly had cropped his graying hair and grew a beard, Anna Marie came to my office with her next submission, looked at my changed appearance, and said, “You look like the white Ed Bradley.”

Smartass that I am, and probably why I get rejected more than other people, I replied, “I prefer to think that the great Ed Bradley of 60 Minutes fame looks like the black Steve Fernlund.”

But I started this writing about rejection, a fact of life.

More times than I can count, I’ve had my sales pitches for new business, loans, and employee recruiting rejected. Not often, but I have applied for certain jobs that I really wanted over the years, despite my reservations about working for someone else. Most of those applications were rejected, much to my satisfaction at the end of the day but they hurt at the time.

When younger, social rejection really hurts. Not getting picked for the team. Bullied. Stuck playing triangle in the school band.

I’m convinced that acne, glasses, and a dad who didn’t allow long hair and motorcycles lead to many social rejections for me. It was hard to find those funny back then. Looking back, I can’t help but chuckle.

Some would say that I developed a thick skin where rejection is concerned. That may be true. There is a bunch of calluses on my psyche after all. But I prefer to think I’ve just developed a sense of humor that sees the absurdity in everything.

I’m humbled when someone compliments my work in the Northshore Journal. Of course, there is a feeling of pride trying hard to burst through that humility, but humble I strive to be.

On the other hand, I am delighted by the criticism. Sometimes it was an OOOPS on my part. Often the criticism is unwarranted though. Always it brings at least a grin, even if on the inside. Sometimes it leads to maniacal, laugh-out-loud outbursts.

As my aging body starts to reject me, with failing eyesight, ringing ears and hearing loss, and irregular bodily functions, I really see the absurdity of life. That absurdity is laugh-out-loud funny. And laughter is the best medicine I’m told.