MEA weekend went out with summer-like temperatures and thunderstorms Sunday night. You could say it, and the 2022 summer tourist season, went out with a bang.

Business owners that cater to the tourism crowd are breathing a sigh of relief--I think. The pressures of a steady onslaught of customers while coping with staffing shortages seem immense. As much as they profess to love it, the ones I’ve seen over the last week or two seem a bit weary.

I talked to a visitor here in Grand Marais on the Saturday of Moose Madness. He marveled at the crowds, and the lines extending out the door and down the block from various food and retail establishments. Evidently, he had a bit of an entrepreneurial spirit as he said, “What I see is an opportunity for new businesses.”

I didn’t suggest he visit again in a month. Why spoil the vibe?

I had a brief conversation with another visitor, the same day. She was lamenting the staffing shortages at businesses along the shore. (It’s a nationwide problem, but I didn’t have time to get into that with her.)

“No one wants to work,” she said. A profound declaration that did not encourage my feeble attempts at rebuttal. 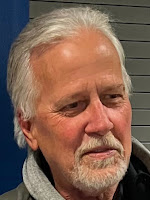 The 2% figure is determined by dividing the number of people without a job, who are actively looking for work, by the total number of people in the workforce. The federal authorities who produce these figures call this number the U3 unemployment rate. It is the most common rate quoted by media minions, just reporting the facts, and political hacks looking to gain an advantage.

It does not include people working one or more part-time jobs who seek a full-time position or those who want work but are “discouraged.” These folks are included in the U6 unemployment rate, which is currently 5.3% in Minnesota. You’ll probably never see or hear that figure reported in the news.

There may be a large number of folks sitting at home to avoid work, but I don’t know how to find them. I don’t know of anyone who is fit, willing, and able to have a job who chooses to sit around doing nothing. On the other hand, I don’t get around much.

After searching a bit more I found that economists, those experts on all things economic, believe that a healthy unemployment rate for the US is between 3% and 6%. Pretty sure they use the commonly reported U3 numbers for that measurement. Too much below 3% tends to shift economic power to workers. Above 6% does the opposite.

Next, I spoke with a guy who had just filled his pick-em-up truck with diesel fuel and was lamenting the price per gallon. He told me he didn’t understand why the trucking companies didn’t do anything about it. It’s been a few years since I was doing trucking, but I assured him that trucking runs on three important commodities--caffeine, nicotine, and diesel--and truckers have no control over the price of any of it.

The oil cartels and refining companies breathed a sigh of relief. Their political contributions are working.