Seven Years at Rockwood Lodge on the Gunflint Trail 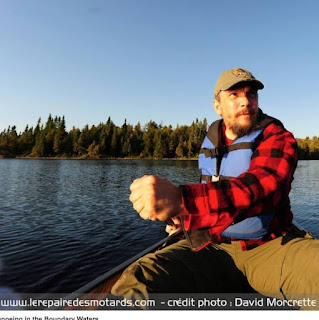 Carl Madsen’s first trip to the Boundary Waters Canoe Area (BWCA) as part of a group from Iowa State University was in the fall of 1989. They stayed at Rockwood Lodge and Outfitters on Poplar Lake. You could say he fell in love with the place.

Returning over the years for vacations, eventually with his wife Stephanie Lightner and virtually his entire family. Stephanie’s sister Carol and her husband Mike Seim also visited Rockwood regularly. Carl and Mike worked with the Lodge’s owners, Mike and Lin Sherfy, to help open the seasonal cabins and make general repairs.

When the Sherfy’s decided to move on and sell the resort, the Madsens and Seims stepped in to buy it.

Now in their seventh year of ownership, Carl says, “We have experienced 15% business growth each year.” But not without challenges. 2021 was a tough year. “With the fires closing the BWCA and Gunflint Trail, along with Covid, we had almost no business in August,” he said. The business gets 60% of its revenue from wilderness outfitting.

Since taking over the business, they completely remodeled and restored the historic lodge on the property. “We are stewards of a historic resource,” Carl said. “The iconic, original log lodge was built in 1926.” Many guests return year after year and they have seen some who first came to Rockwood 50 years ago.

The resort is dog friendly. In addition to the resort dogs, guests are allowed to bring their family dogs. “Dogs run freely up here,” Carl said. “I was wrong to think of building a separate dog run.”

Cabin 12 has been winterized so the resort is open in the winter. It currently operates from May to October and December to March. It offers eight modern cabins, with one winterized, and complete outfitting services with 60 canoes.

It has a bunkhouse for overnight stays that hold up to 36 guests. Visitors can get their wilderness permits and DNR licenses on the property. They’ve updated the resort's website to make it mobile-friendly and allow for online bookings.

Carl graduated with a degree in landscape architecture from Iowa State University in 1992. After seven years of practice in landscaping, he went on to become a Journeyman Electrician. Before moving to the Gunflint, he was a union dispatcher with the International Brotherhood of Electrical Workers. It was a stressful job. “I thought about Rockwood all the time when I did that.” He even had a map of the area on his office wall with Rockwood highlighted.

Carl joined the Army Reserves in 1984 and moved to the Iowa National Guard in 1988, retiring with the rank of Major.

Carl met Stephanie at Iowa State. She grew up in Rochester, MN, and was a designer of retail stores. Her largest client was Kwik Trip, designing their site plans, utility, and grading plans. She retired from that after 26 years in 2020. And now? “She’s the boss,” Carl says.

Mike spent his teen years in Rochester where he met Carol. At Rockwood, he heads up the outfitting business and does maintenance work on the resort. According to Carl, Mike’s most important job is maintaining the resort's water system, lake based, to be safe and compliant with state and county regulations. 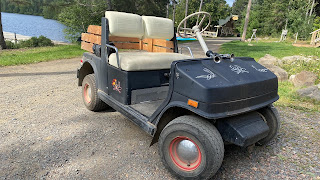 Carol received her degree in History from the University of Minnesota and has a background in retail. She heads up the cleaning efforts for the resort, using a hot rod finished golf cart to get around the property.

“We hire casual help when needed for cleaning and maintenance projects,” Carl said. “We allow a full day between rentals to make sure we have enough time to properly clean the cabins,” he added.

Without adequate employee housing, they are reluctant to add permanent staffing.

A current problem on the Gunflint Trail is speeders. There is a stretch of road, 2 ½ miles long at mid-trail near the resort with a 40 mph limit. Cars and trucks seem to ignore that. Carl says that two moose have been killed this year. A bull and a cow were struck by speeding vehicles not far from Rockwood’s entrance. A group of business owners and residents in that section, the Poplar Lake Area Association, have been meeting with county authorities to find an acceptable solution to speed control.

Carl is a licensed Ham radio operator and belongs to the Boundary Waters Amateur Radio Club which was founded in the 1950s. “With five repeaters in Cook County we can communicate throughout the county,” Carl says. 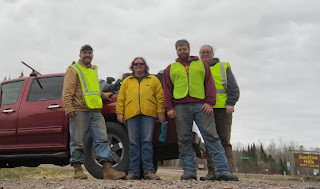 Running a small business is an ongoing challenge, even more so when the four owners are active, and family. The Rockwood team seems to have found a way. “We don’t always agree and get on each other's nerves from time to time, but we work through our problems,” Carl says. “I’m an ideas guy,” Carl says. “But they bring me back to reality.”
Gunflint Trail local business Northshore Journal